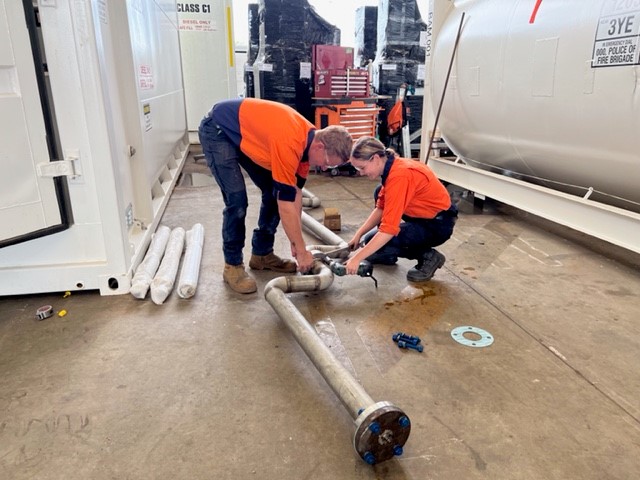 Inspired by her dad who is a painter and who used to take her along to his work sites when she was a child, Taleysha has always wanted to work in a trade. This was reinforced at school when it became clear to her that she was someone who preferred working with her hands and doing hands-on work.

After recently graduating from school, Taleysha was scrolling through her social feeds when she saw an ad for a pre-apprenticeship course in construction, run through Skill360. This sounded like a great career entry path for Taleysha so she enquired and was enrolled in the course not long after.

The pre-apprenticeship course in construction runs for 14 weeks and provides participants with a paid apprenticeship wage while learning on-the-job skills through a host employer, and gaining a qualification in construction. Along with the other participants in the course, Taleysha was supported by a career advisor at Skill360 to support her through the training but to also seek longer-term opportunities for Taleyhsa so that she could continue her apprenticeship once the course ended.

For Taleysha this happened sooner than expected (a couple of weeks before the course ended) as her career advisor found an opportunity to undertake a boiler-making apprenticeship with a local host employer.  As a Group Training Organisation, Skill360 will act as the employer and will continue to support Taleysha throughout her apprenticeship.

“I was just a couple of weeks from finishing the course when Toni, my career advisor, told me about a boiler-maker apprenticeship position that she thought would be a great fit for me. This sounded perfect so I interviewed and got the job.

“The work is amazing and I couldn’t imagine doing anything else now!” Taleysha said.

At just 17 years of age, Taleysha has big goals for her future where she is aiming to apply for the Queensland Apprentice of the Year award. In the long term, Taleysha says “I’m working towards being one of the best in my field and prove that it’s not just boys that can do it”.

When asked what she would say to other women considering entering a traditionally male trade path, Taleysha emphatically responded, “Just do it! It’s a very big accomplishment proving you can be as good as or even better than the boys. Having Toni at Skill360 behind me helped so I would recommend having that kind of support behind you too.”

Anthony Chan, CEO of Skill360, said “The pre-apprenticeship courses are the perfect entry pathway for young graduates or those looking for a career change, offering the opportunity to earn and learn the entry level skills required for a trade. Skill360 currently have pre-apprenticeship courses in construction and automotive so we encourage people who are interested to apply.

“We’re really impressed with Taleysha’s attitude and work ethic at such a young age and we will continue to support her throughout her apprenticeship, we know she will go far in her career path”.

If you’re a female who has recently entered a traditionally male-dominated trade career, you can access no-cost mentoring support through BUSY Sisters, an Australian Government funded initiative. 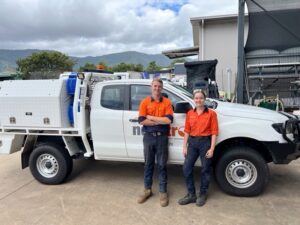 Taleysha (R), with her supervisor Jack at NqPetro, is now undertaking an apprenticeship in Boilermaking, thanks to Skill360. 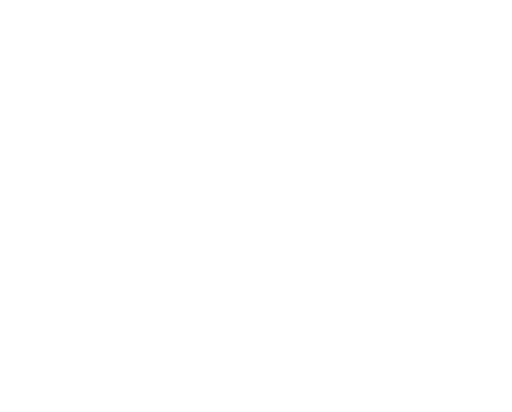 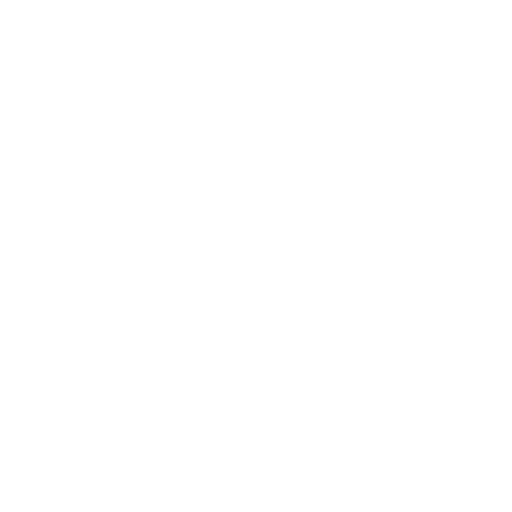